Right from the beginning Rollo’s session was top secret, very hush hush. His mum contacted me as she was looking for a gift for her partner. Little Rollo had joined them (somewhat unexpectedly) as a very poorly foster puppy, after having an incredibly rough start in life. He quickly became a classic ‘foster fail’ and joined the family permanently, and once he was back on his feet (or paws) his mum reached out to me, looking for a very special way to mark the occasion but also a way to pay tribute to her partner’s late dog, who they had recently lost.

Location was going to be key with this session. Their old dog, Travis, had been his dad’s faithful fishing companion and loved the water. Rollo’s mum wanted to honour his memory and welcome Rollo into the family with a special tribute, and so it was important that water be incorporated into the session. We picked a local nature reserve with some beautiful lakes. As with most nature reserves, dogs must be kept on lead at all times, but with some clever camera work and Photoshop wizardry, you would never know that Rollo had been on the lead at all!

Rollo had an absolute blast at his session – I kept the treats coming and he just kept performing, posing and strutting his stuff like a pro – not bad for a pup of 16 weeks! 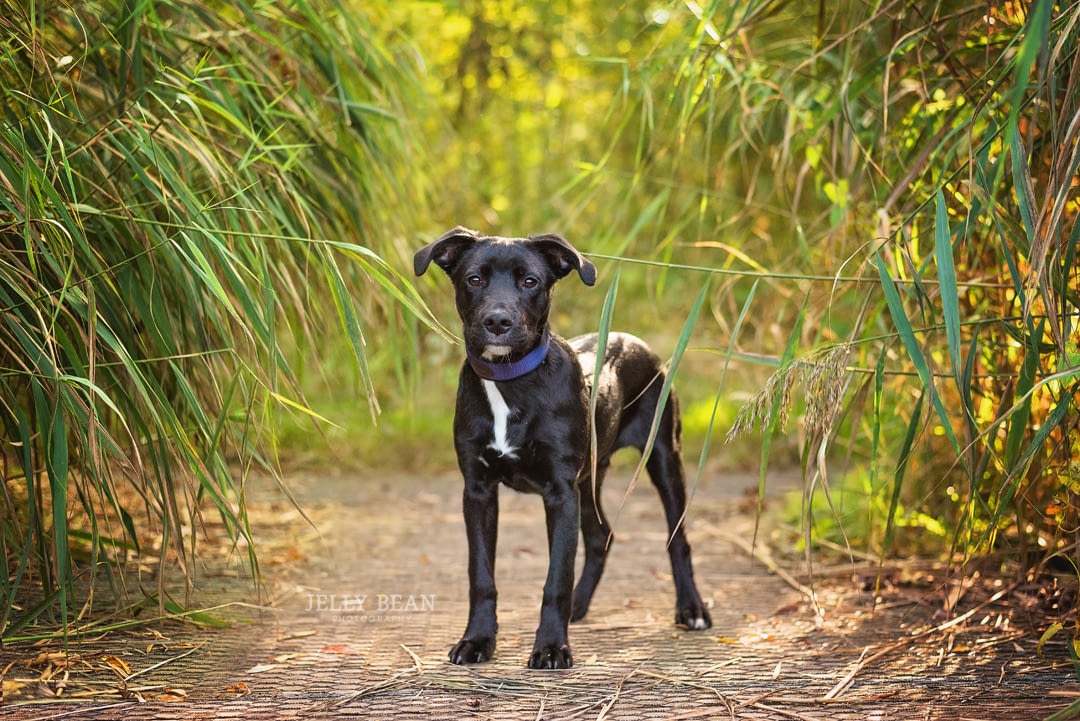 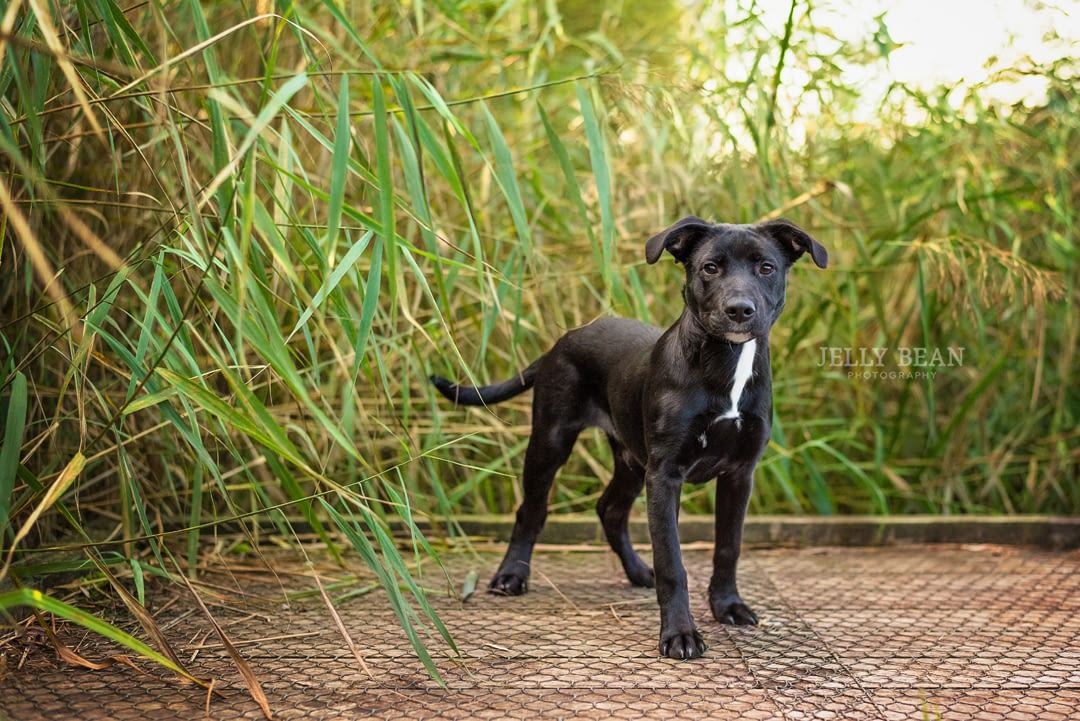 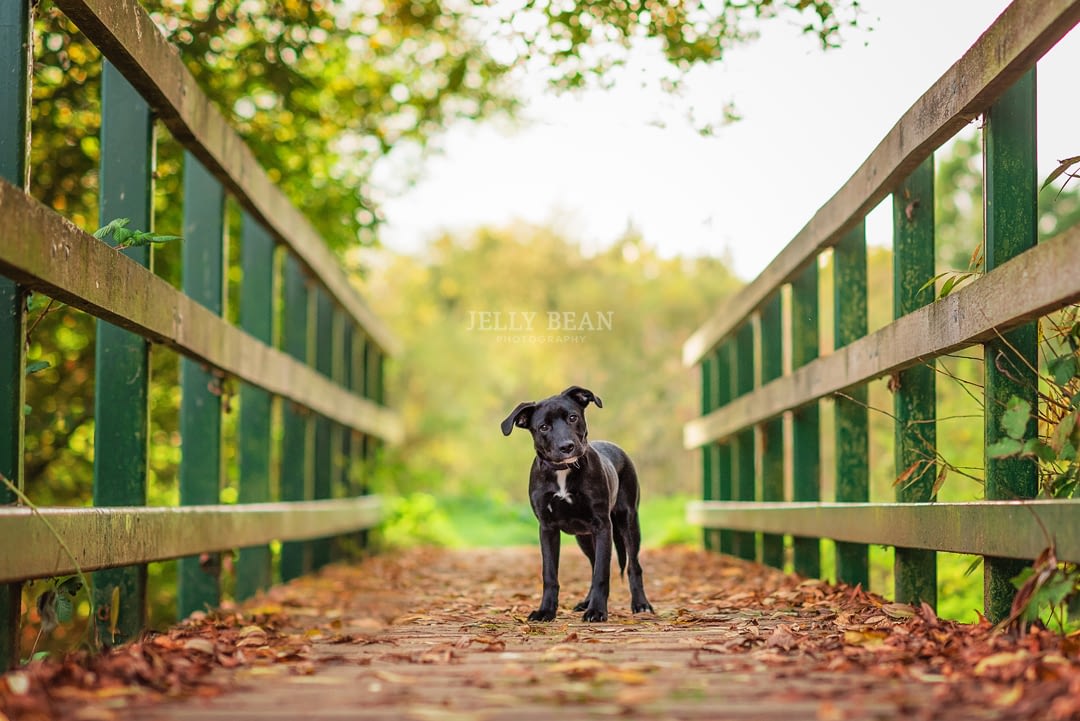 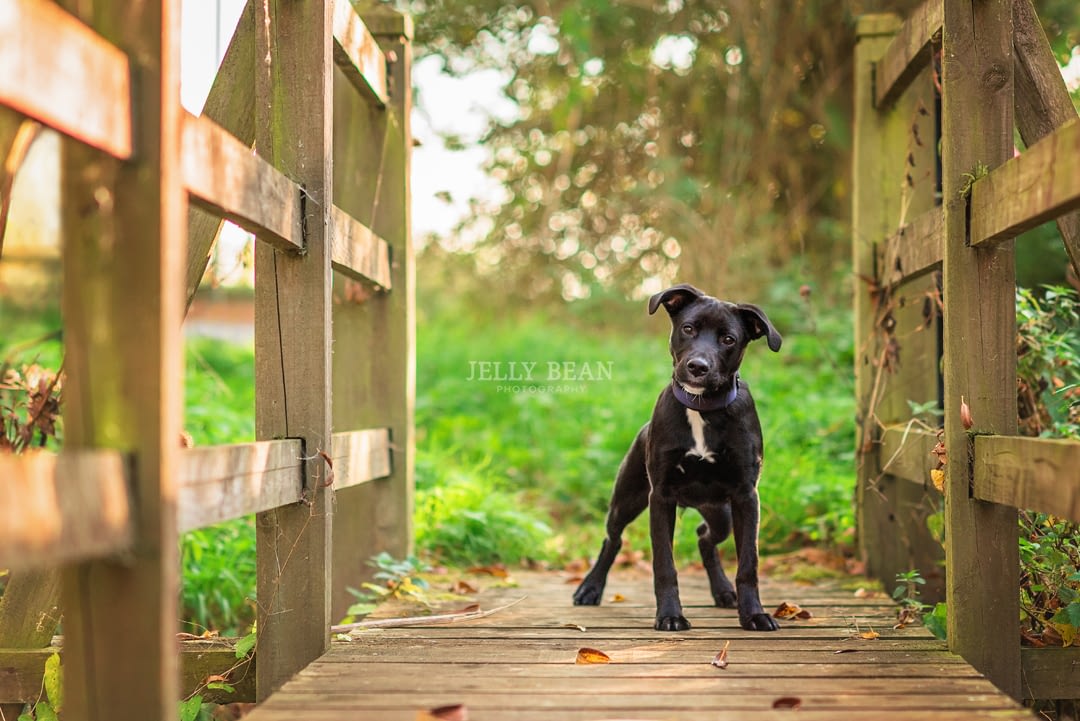 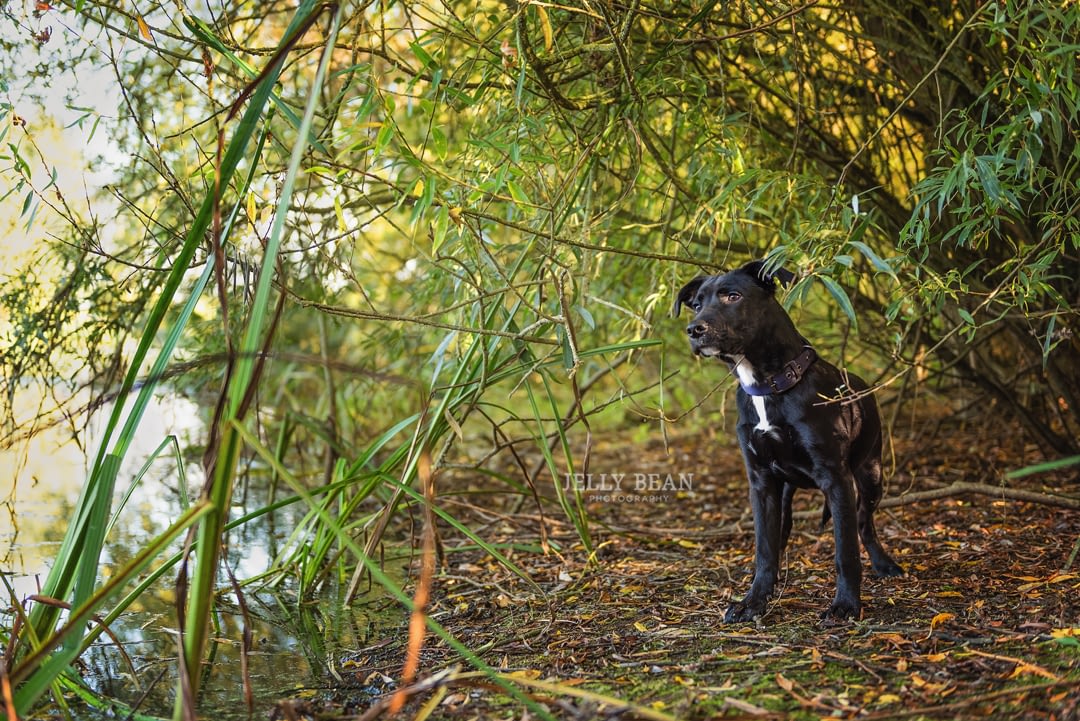 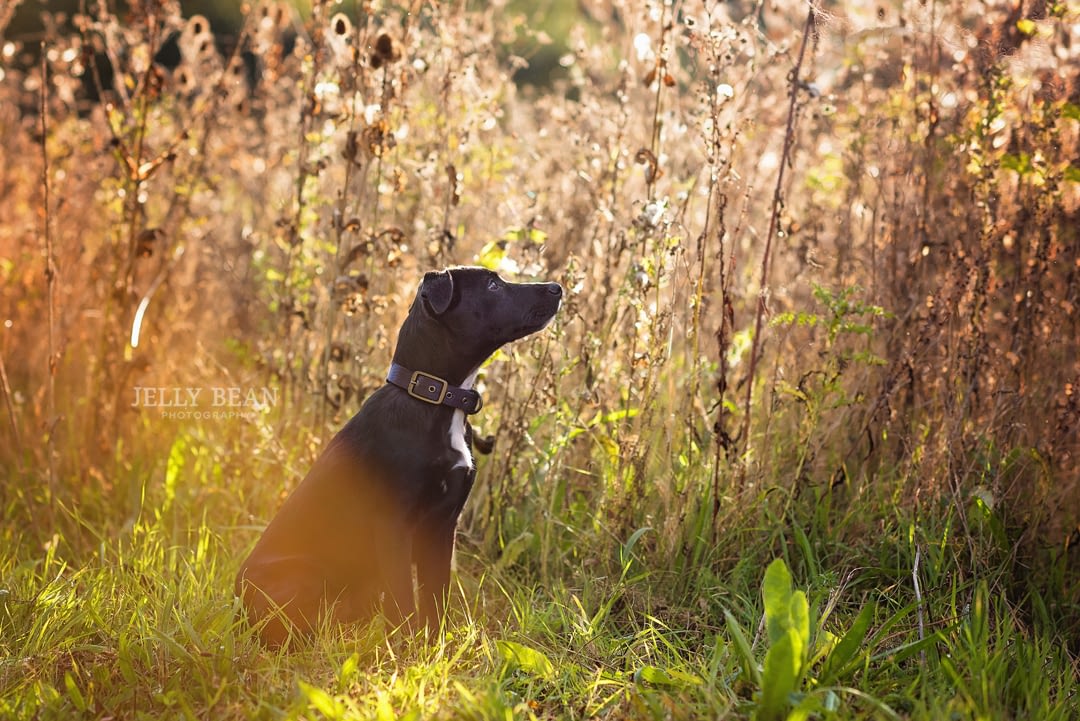 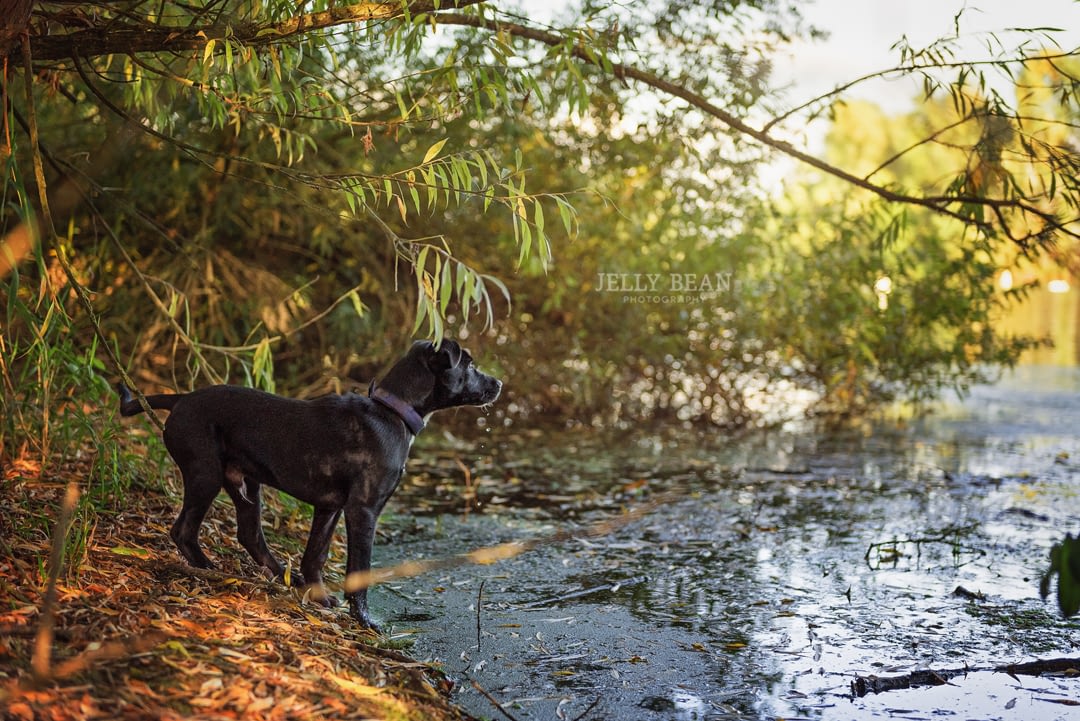 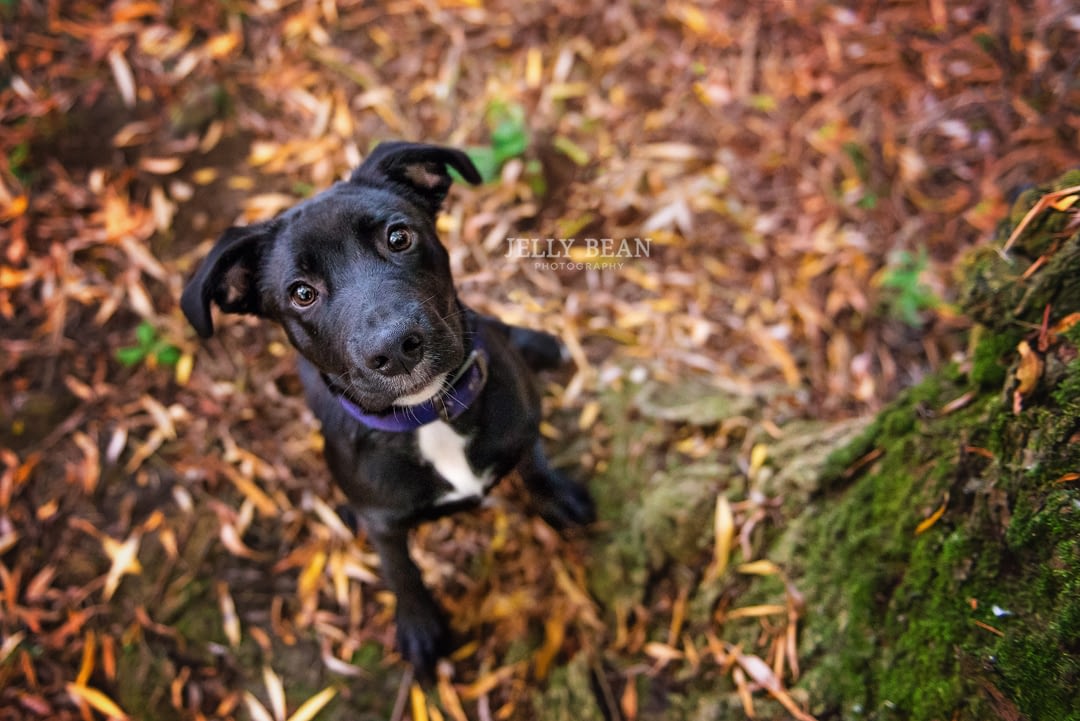 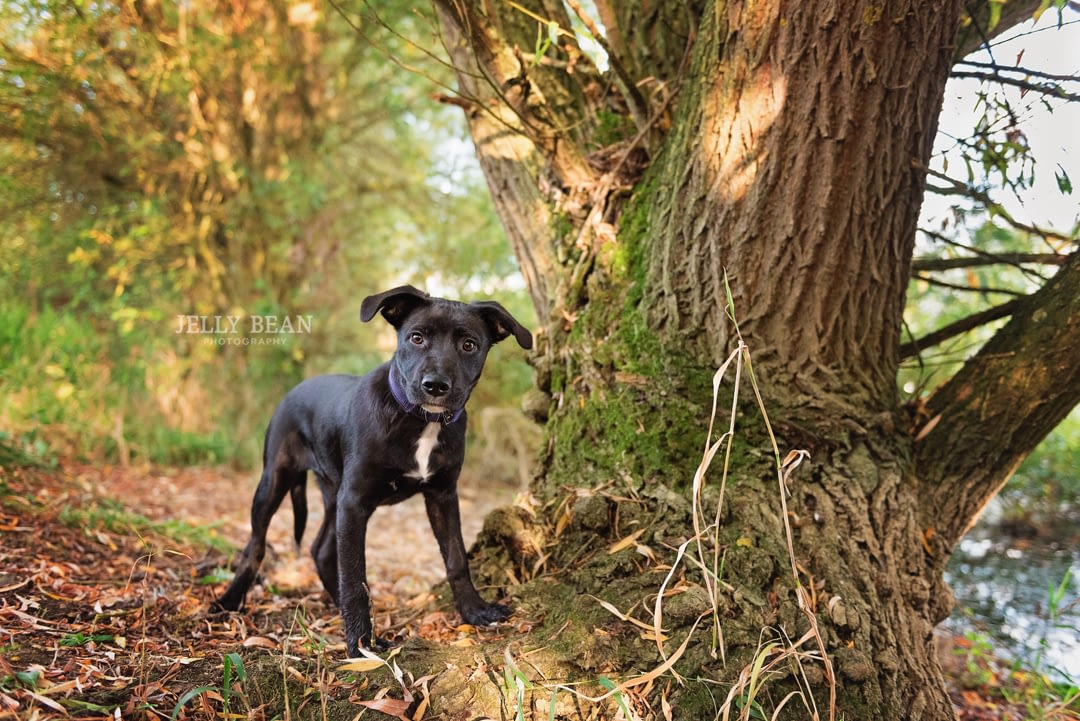 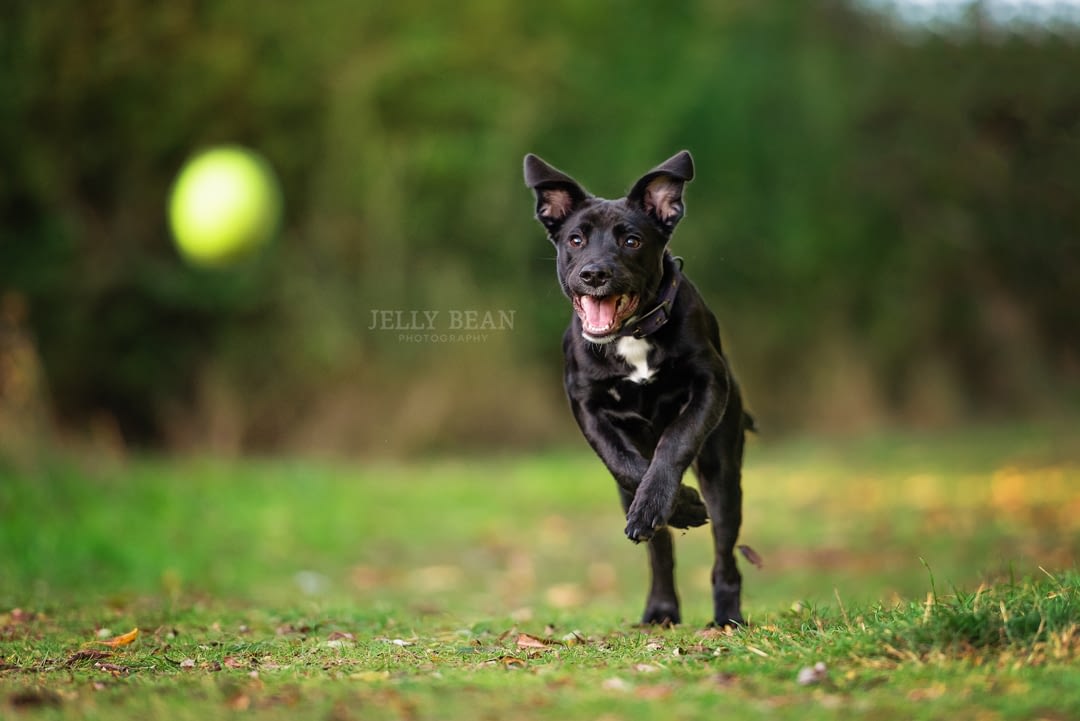 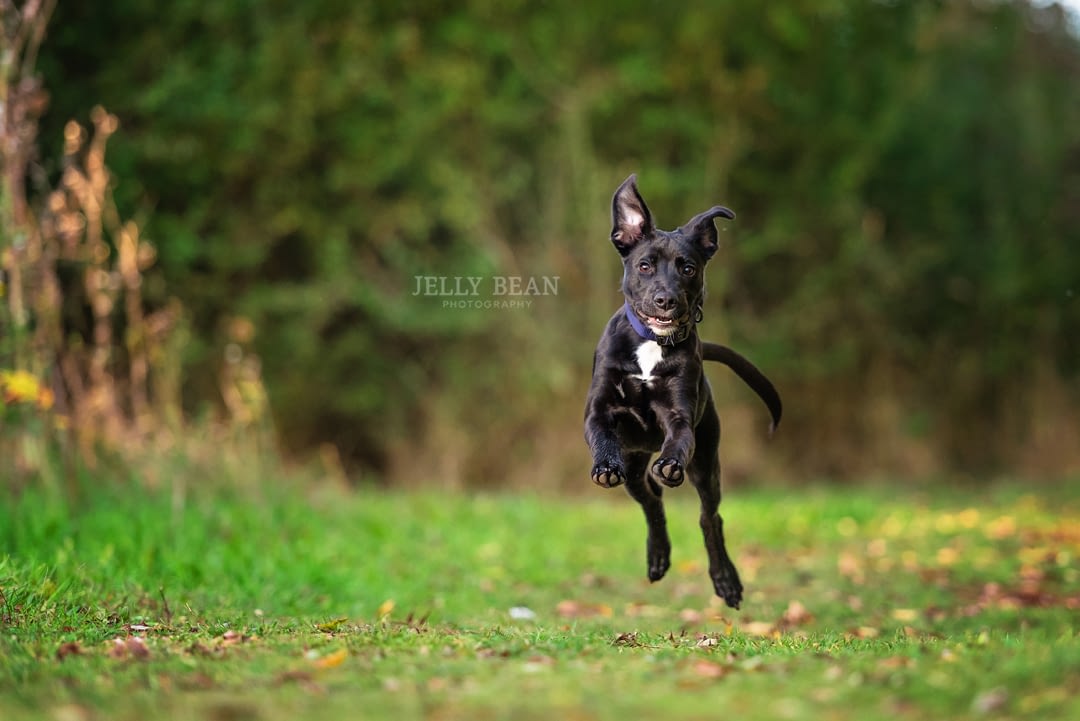 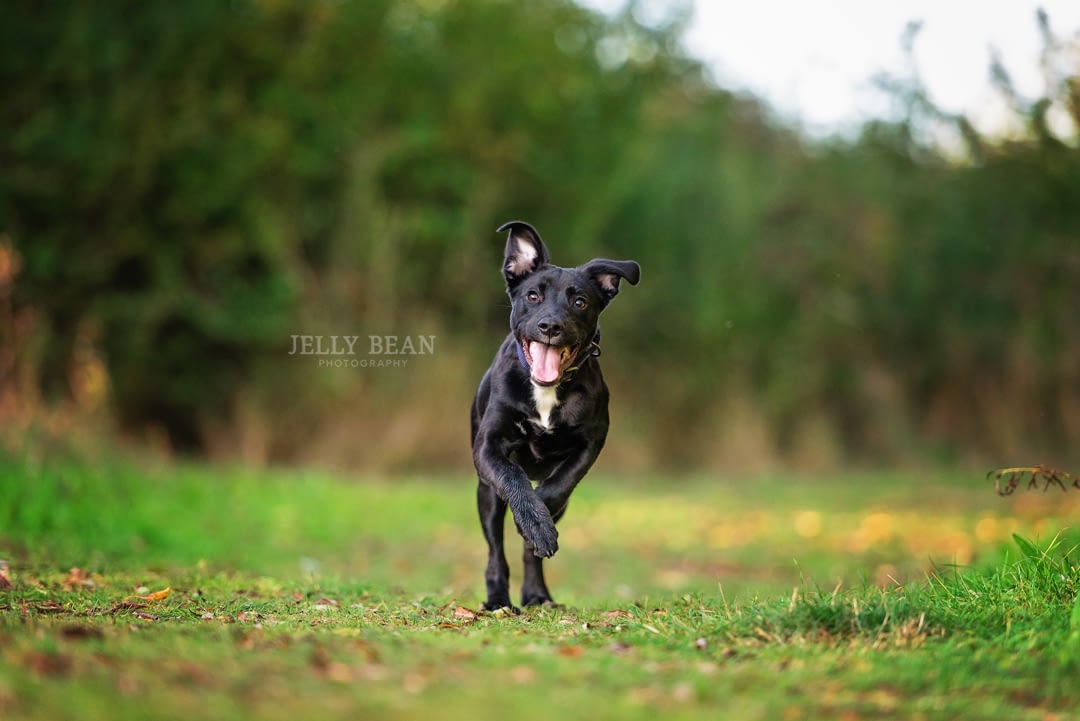 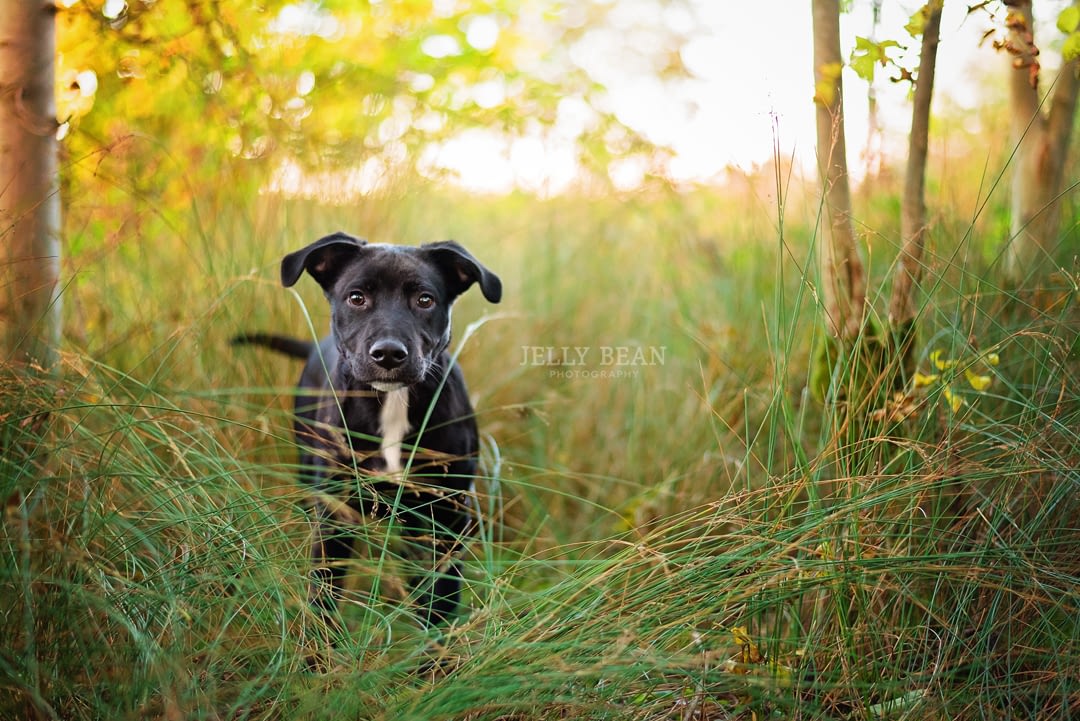 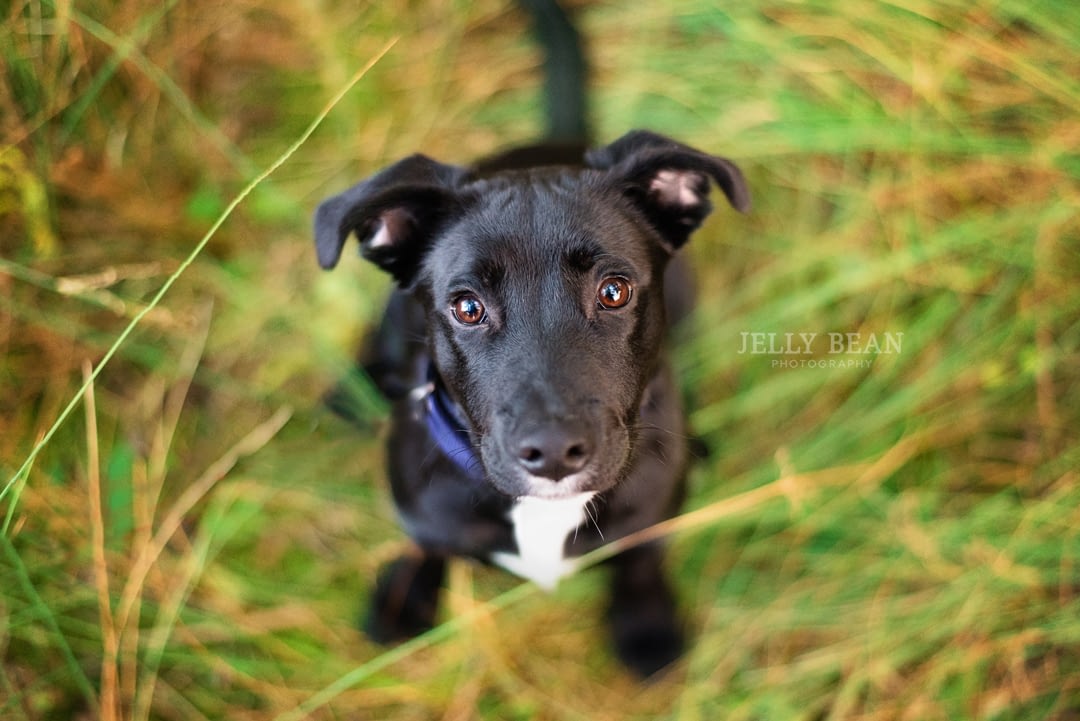